Mom used to spend time cleaning. Not a lot, but enough. She cleaned vigorously, not because she was obsessed, she just saw it as necessary and she didn’t like dirt.

She was good at clearing out things, tidying up and keeping a neat and tidy place.

In the early stages of dementia, she often packed and unpacked. And she started hanging onto stuff instead of throwing it away. Her surroundings became crowded with things, and that in turn made the packing and unpacking worse.

Anyway, as a child, I hated being roped in to help clean, and I suppose over time I learnt to tolerate some degree of mess and dirt. But I do try to keep up with cleaning, and am hopeful that someday I will do better. Pat on the back for myself as I tackled the fan. I am fortunate not to have severe dust allergies.

This is what Mom would look like now if she were a Peanut character. 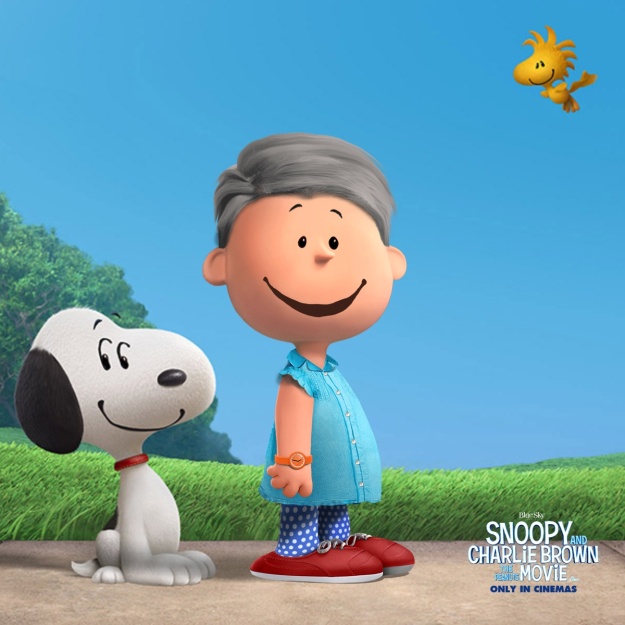 And this is how she used to look –

Just having some fun 🙂

If you want to try it out, go to http://www.peanutizeme.com

My Dad passed on many years ago. I like to think we were alike in many ways, though he might disagree. This post is going to be about the stuff I think I got from my Dad – traits he either passed on genetically or rubbed off via close proximity!

In a previous poem I wrote about how terrified I was by Dad’s night driving. Actually his driving was good, but my vision was poor. I was fearful because I couldn’t see well. In any case, I learnt a great deal about defensive and considerate driving from Dad.

Dad was an independent thinker and never took anything at face value. He always examined underlying facts and made up his own mind. He never just believed what he was told. On bad days, this bordered on paranoia.

Whilst Dad appreciated beautiful artworks, he did not go about acquiring them. He lived and dressed very simply. He was honest, never took what wasn’t his. And couldn’t tolerate those who connived and schemed and stole.

Finally, he understood too well the human condition, and helped those who helped themselves, and sometimes even those who didn’t. He kept much of this secret during his life, and so I am still learning.

If he were still alive today, what would he think about living with dementia? I think he would hate the idea. I’m pretty sure he would instruct me not to prolong his life when the time came. In that way, he would be very different from Mom.

Mom has never acknowledged having dementia, and is contented to be looked after. She looks forward to every new day.

Dementia, Caregiving and Life in General
Create a free website or blog at WordPress.com.